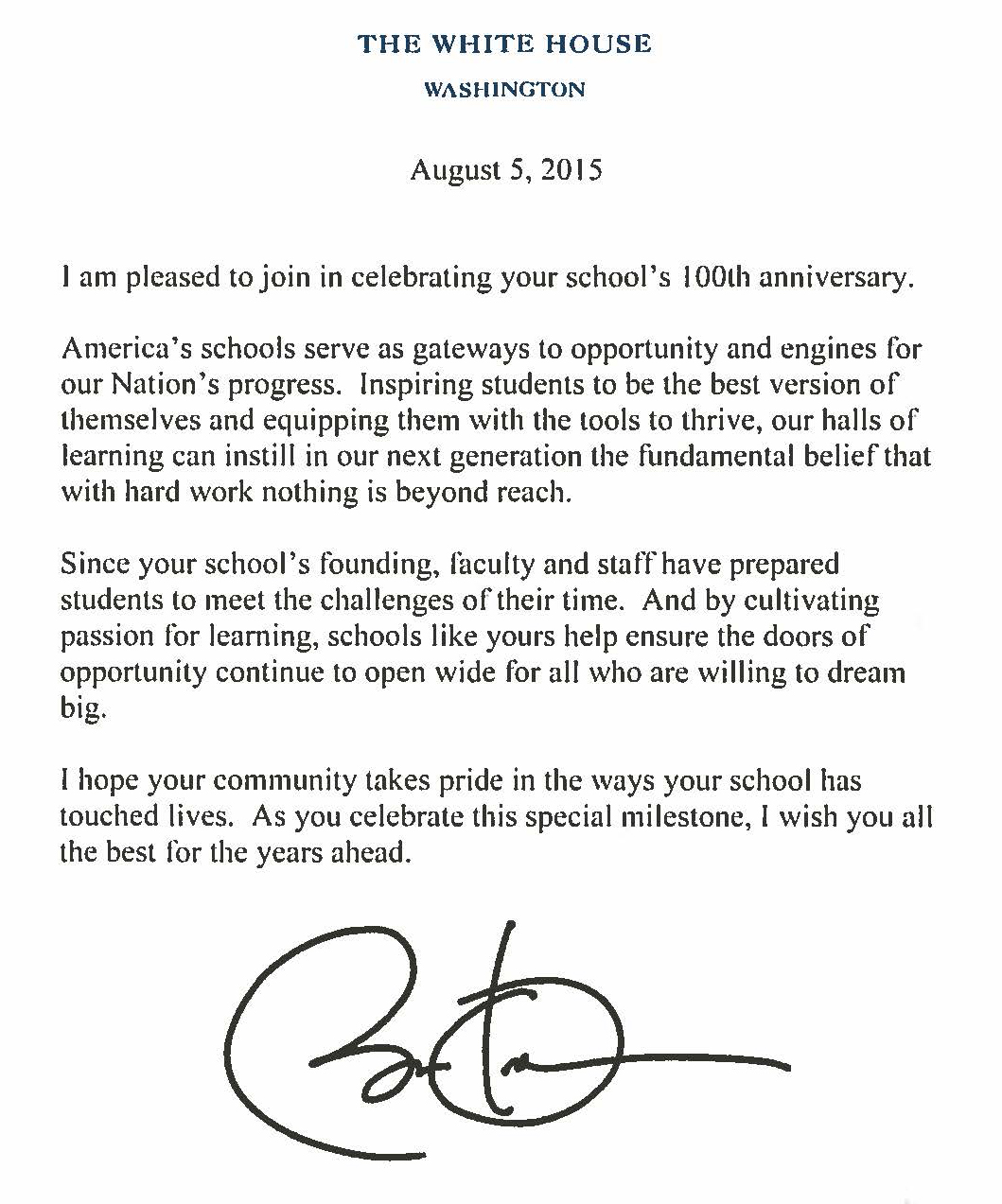 The President of the United States, Barack Obama, congratulated The College of Westchester (CW) as the institution is celebrating its 100th Anniversary. “I am pleased to join in celebrating your school’s 100th Anniversary,” said President Obama. “Since your school’s founding, faculty and staff have prepared students to meet the challenges of their time. And by cultivating passion for learning, schools like yours help ensure the doors of opportunity continue to open wide for all who are willing to dream big,” added President Obama.

As part of the Centennial celebrations, the Mayor of White Plains, Thomas Roach, declared May 28th, The College of Westchester Day. After 100 years of higher education, CW embraces its rich history while growing to meet the unique needs of today’s diverse student population in the tristate area. “I hope your community takes pride in the ways your school has touched lives. As you celebrate in this special milestone, I wish you all the best for the years ahead,” concluded President Obama.